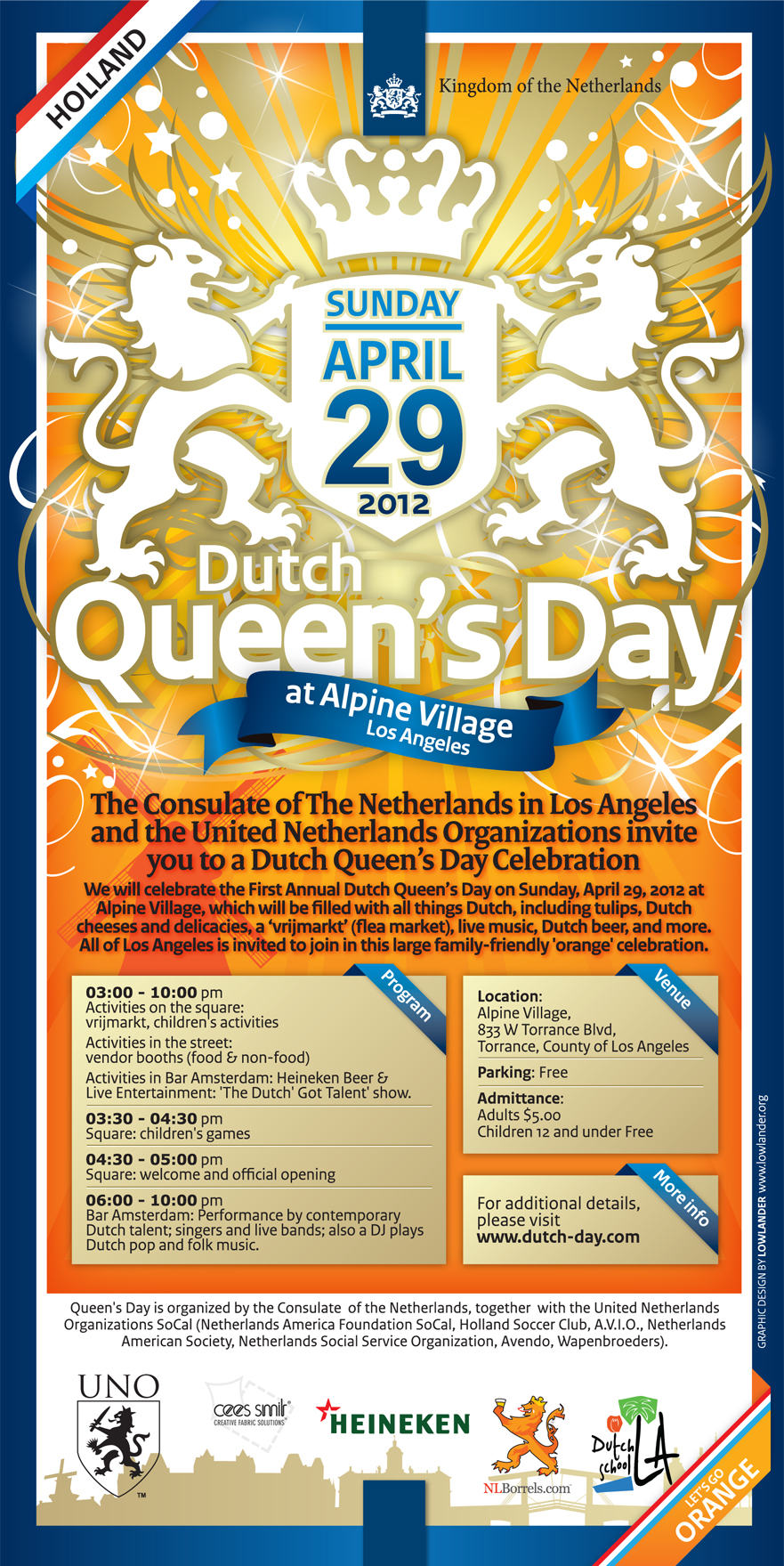 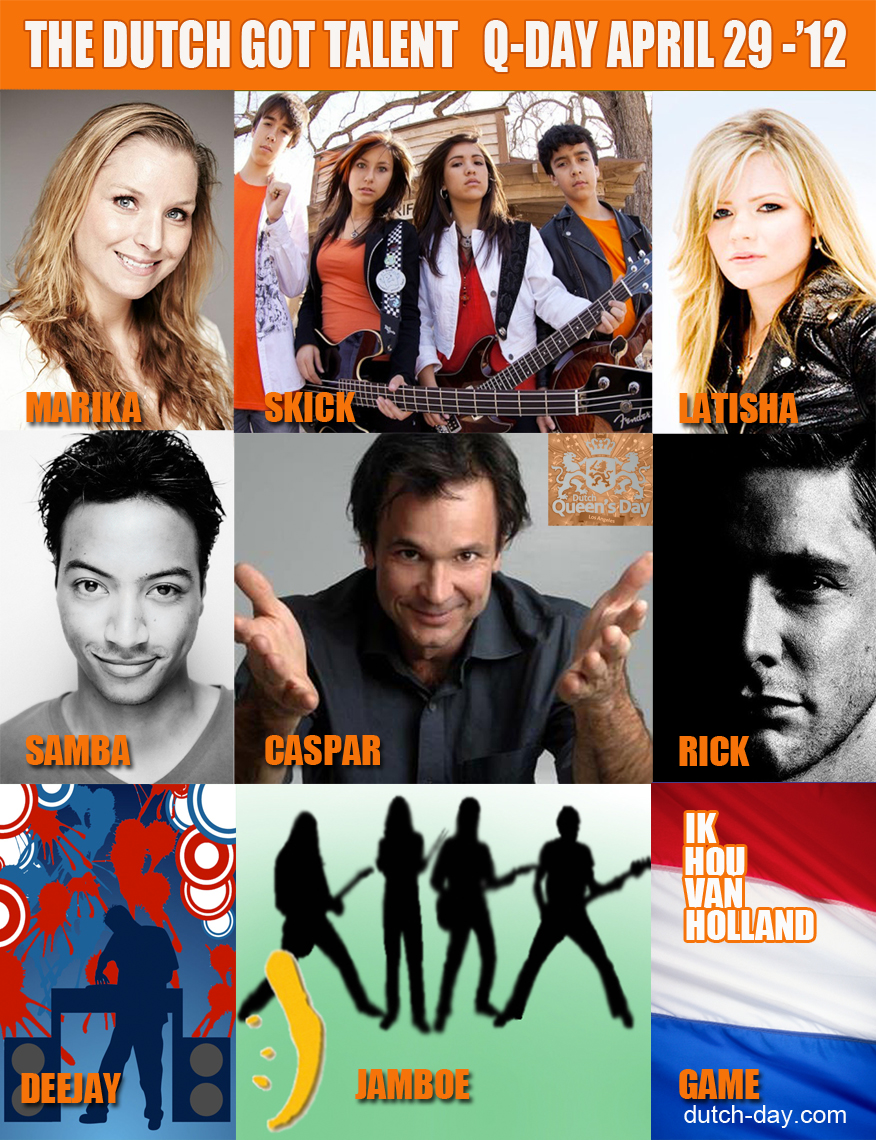 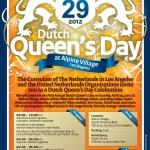 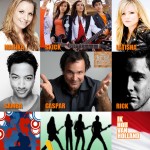 April 30th is a national holiday in the Kingdom of the Netherlands. On this day the Dutch gather to celebrate the birthday of  Queen Beatrix.

This year, The Consulate of the Netherlands, together with the United Netherlands Organizations will bring you a taste of the Holland Orange (national color) celebration to Los Angeles.

We will celebrate Queen’s Day on Sunday, April 29, 2012 at Alpine Village, which will be filled with all things Dutch, including tulips, Dutch cheeses and delicacies, a ‘vrijmarkt’ (fleamarket), live music, Dutch beer, and much more. All of Los Angeles is invited to join in this large family-friendly celebration.
Location: Alpine Village – Torrance –
County of Los Angeles.
Time: 3pm -10pm
Parking: Free
Admittance: Adults $5.00. Children 12 and under Free

PARTICIPATE!
We still have opportunities for commercial Dutch Themed Vendors  Food and Non-Food, children who want to sell things at the vrijmarkt, artists who want to exhibit their work, and others who are interested in participating. We are also seeking volunteers to assist with the children’s games, logistics  and other activities.
To participate or volunteer, contact us at:

is a Dutch/African actor, writer and comedian. He moved to Amsterdam 10 years ago and won the biggest national comedy prize in Holland- leading him to performances around the country and internationally (including through Europe, Africa, Asia and the Carribbean). Now in LA, he performs regularly at The World Famous Comedy Store in Hollywood. Energetic, fresh and physical – his multicultural and international comedy is sure to entertain you: Dutch/African style!

The Dutch slang from which Skick derives its name loosely translates as “having fun,” a motto the band emphasizes both on stage and in the studio. Coming off a year that saw Skick win the Simi Valley Days Battle of the Bands and make a big impression at the Sonic Sound Off competition in Los Angeles, the members of Skick, who range in age from 11 to 15, are focusing on quality over quantity for 2012. Guided by their parents, who pull producing and booking duties, Skick has made waves at big-name venues – the Whiskey in L.A. and The Canyon Club in Agoura Hills, to name a few. Ruby, Trevor and Julian Visser may be siblings but would scoff at a comparison to Hansen. With influences ranging from Linkin Park to ZZ Top, the band, which includes bassist/vocalist/song writer Emily McCrite, is simply ripe with potential. Clothed in orange – the Dutch national color of celebration – Skick is on the verge of breaking through.

Caspar Poyck is the son of jazz trombone player and singer Noel Poyck of the “Circus Square Jazz Band”.

His first love were the drums and he played as a drummer in rock bands in the late 80’s. During this time he was also a board member for the Stichting Popmuziek Nederland.In the 90’s he became the singer of an acoustic-rock 3-piece. When the band decided to busk on the streets of London they got to record a session with Andy Kershaw at BBC Radio1 followed by a rush of attention in their home-country of The Netherlands. Unfortunately one of the band members’ parents thought their son should stay in school and the band split up. Frustrated and hurt, Caspar decided to travel to the US. He landed in NY without a plan or much money and spent the first three nights on the couch of a man he had met at JFK. That week he set off on a cross-country trek to LA where he arrived broke and lived in a youth hostel in exchange for board and room. After landing a job as a production assistant on a Paramount television show, Caspar started a career in Hollywood; eventually producing and directing network and cable television for 12 years. He also acted in 12 films including as the mailman in Warner Bros’ “Racing Stripes” and as Jesse James in “Jesse James; American Outlaw”. He is thrilled to be celebrating Koninginnedag with the Dutch ex-pats and community, performing some songs and eating bitterballen.

Rick VanderKleijn. a dreamer, a thinker, a creative spirit with a critical mind… While living in Los Angeles, you’ll most likely find Rick either writing, composing or producing his own music, where he has developed a signature style. Rick’s songs are drenched in emotion, and they have a unique story to tell. Together with Madonna’s live band, He brings a fine international sound ready for anyone, anywhere! Rick’s passion for music started before the age of 5, when he was able to sing along to whatever he heard.By this time, he had already started to develop an awareness of the world around him. He knew at a very young age that he was meant to be a singer-songwriter. After 10 years of piano lessons, at an age of 15, Rick decided to concentrate on developing his own repertoire. This also was an outlet for his blossoming social awareness. Rick VandeKleijn can best be described as a member of the new generation of singer-songwriters. His music has a fresh, contemporary approach. His music is pop, with influences from the 60’s and 70’s.

Marika is a  very talented Dutch singer with a powerful voice who truly get’s her audience captivated. Her repertoire is varied from International Pop, American Country and R and B. She made a special appearance to sing the Dutch and American National Anthem at the Queen’s  Birthday reception, hosted by the Honorary Consul Johan van Tilburg, held at the Beverly Hills Country Club last year, 2011.

Latisha Van Simon was born in The Netherlands. Singing started to become her career at the very young of 11, when she starred in the touring musical ANNIE as Annie. After performing throughout the country she realized that singing was her passion. She continued performing in Talent shows including Concours de la Chanson, Haarlems Interscolair Tournooi (HIT), Starsearch. Latisha started writing song at the age of 12 and took guitar and piano lessons to accompany herself. When she finished High School, she moved to Boston, to attend Berklee College of music after winning a Scholarship for the college. She stayed for a year and then moved to Los Angeles where she continued her studies at Musicians Institute in Hollywood. She had the honor of performing with Stevie Wonder, at his concert “A House Full Of Toys” which was a benefit for kids without any toys. Latisha received her degree for Voice and audio Engineering in 2008 and started working with the now President of Warner Brothers Pictures Music Department Paul Broucek, on an EP. In the past couple years, Latisha has built an enormous library of songs, and will be releasing an album in the next couple of months.

Rick Ingram and Roy Leidelmeijer and friends will be playing music they grew up with. Old time favorites played at family gatherings at Oma’s house; a combination of Indo rock, to acoustic contemporary unplugged. Songs they always wanted to sing in their own style. Music made by a younger generation of Dutch Indos. Tying in Indonesia, Netherlands and America together with music from all three countries while growing up in southern California.

This spring, the Film Studies Program of Santa Monica College is embarking on an effort that we are confident will leave a precsedent in film production and socially-conscious storytelling in higher education. We are excited to share with you that it is a Dutch student’s narrative short film project which has been carefully selected to represent this ambitious goal. Her movie, Annabel Lee, is a character-driven story inspired by the famous poem of Edgar Allan Poe, that explores the themes of marriage, profound love, loss, and social acceptance. It follows a caring and loving husband as he undertakes a unique mourning journey in which he impersonates his late wife. Please visit the booth at the event to get more info and go check www.indiegogo.com/annabelleethemovie and support Ronja Jansz.