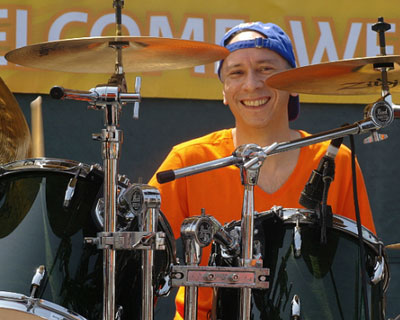 During Dutch King’s Day different Dutch  musicians will perform. Some flown in from Holland and others who have moved here:

The following artists will perform during Dutch King’s Day on stage:

This year we have some familiar and also new talented performers lined up for you:

FAMILY AFFAIR –  under the leadership of Jos Smith (Steel Guitar), is a compilation of some of the best INDO musicians in Southern California. 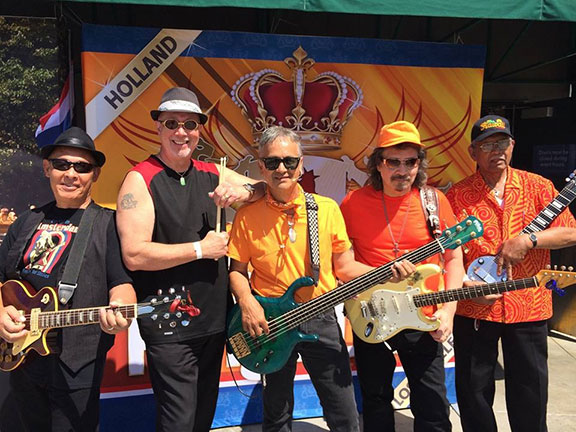 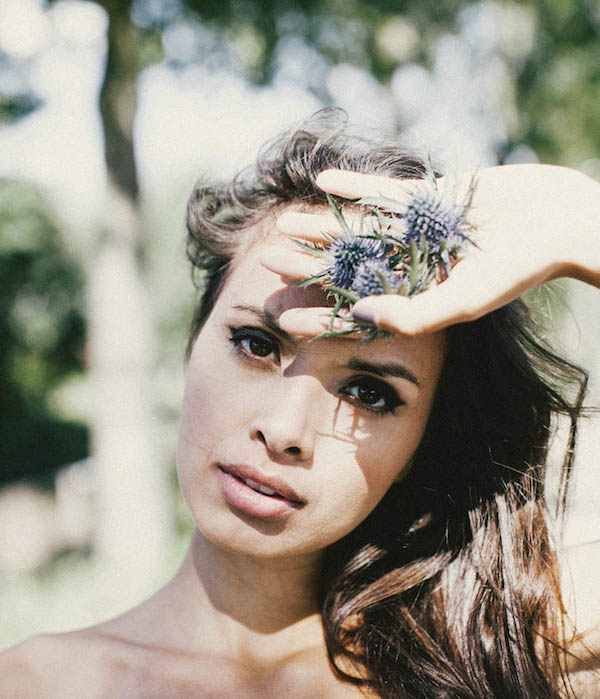 Recently relocating to San Francisco, Angela Moyra stands apart from the singer-songwriter pack she closely belongs to. Irresistible melodies and effortless catchy tunes, each track of her debut album “Fickle Island” is a splendid mix of naivety and sophistication. Growing up in the Netherlands, Angela was surrounded by a unique mixture of classical singers like Louis Armstrong and Minnie Riperton, contemporary voices like Corinne Bailey Rae and Norah Jones and the tropical sounds from her Indonesian roots. Reaching the finals of the Presigious “Grand Prize of the Netherlands” songwriter competition in 2011, Angela was encouraged to record the songs that delighted her growing audiences. Her first single “Timid” was recorded and released in 2012 and was immediately recognised by influential Dutch radio station 3FM as a talent to expose. An invitation to perform on prime time Dutch TV followed and after festival appearances and a national tour, it was time to record a full-length album. Angela also supported James Morrison and Beth Hart during their Dutch tour. “Fickle Island” was recorded in late 2013 and was produced by renowned Dutch producer Reyn Ouwenhand (Vanessa Paradis, Ane Brun). Released in March 2014 in the Netherlands, and October 2014 in the United States, Fickle Island received several outstanding reviews. The twelve tracks on contain breezy melodies, which have poignant lyrics and a sophisticated worldview. East track is easy on the ears but hard to get out of your head! Angela is currently touring the West and East coast and her two tracks “Poppin” and “Nothing Lasts” have been added to the Starbucks playlist. 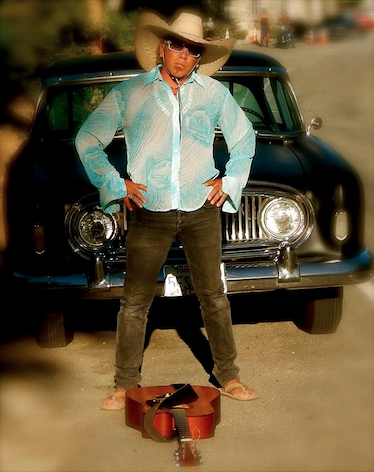 Vinny is going to sing his hit song ‘Amsterdam.’  The song is currently in the top 40 in the charts of the hot 100 in the Netherlands. Very exciting!!

Vinny Fazzari – Is an award winning American singer songwriter and multi-instrumentalist. He was raised off the Southern California coast on an island in a little tiny village called Avalon. This is where he started his love for music.

He started out with music by learning to play the drums at age 4 but switched up his instrument to guitar when his mother turned him onto one of her favorite groups, The Beatles. By age 9 he started performing in rock bands playing his Gibson Melody Maker his uncle had given him who was teaching Vinny guitar on Catalina Island. But he also still loved to pound the traps and by age 14 he was playing the drums in a nightclub professionally with veteran players. Vinny collected some great stage experience there watching every move and learning from these older guys who had already been doing this for most of their lives. He wasn’t actually allowed to be in the club as it was a 21 and older establishment but there was a door right behind the drum kit to the outside. So whenever the band took a break, Vinny had to exit the building and hang out on the curb outside till the next set. Vinny didn’t mind though for the paycheck was great especially at 14 years old.

Vinny made a name for himself in the Southern California Santa Monica, Venice Beach area where he owned and operated his own professional recording studio engineering and producing bands and solo artists. But his love for the stage took him away from that field when a buddy of his, Lee Curreri turned him onto a manager who loved Vinny’s music and took Vinny under his wings. He sent Vinny to Europe to pursue his live performance career. Vinny used Amsterdam as his home base while touring through Germany, Italy, Spain, Prague and Holland of course performing his music. While in The Netherlands, Vinny caught word that he had been nominated for an award at the Los Angeles Music Awards. So he hopped a plane to be there for the event and to his surprise he won the best international solo artist award at the red carpet event that year. Vinny also met his wife Iris while living in Amsterdam and they have two gorgeous little girls, Lotus and Lily-Velvet.

Vinny has performed as a solo artist in the United States as well as in Europe and looks forward to upcoming live performances to support his forthcoming album that he self produced entitled, Live Life Long. It will be released in May of this year, 2015. 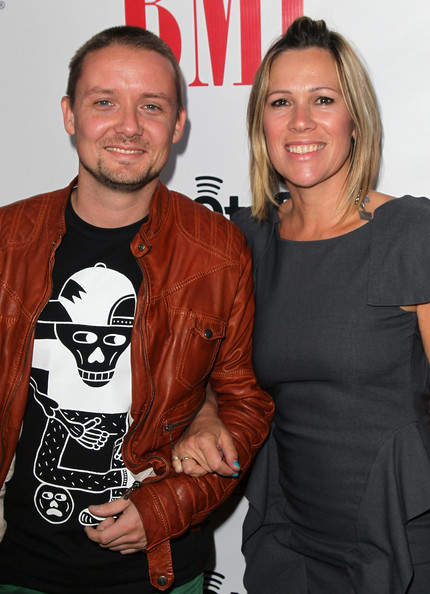 The very talented couple Allan Eshuijs and Jozien van Dorst will also perform at the Dutch King’s Day festival and will fly in from Holland, especially for this occasion.

ALLAN ESHUIJS  –  is a Dutch songwriter, producer and vocalist. He started his songwriting career writing mainly for Dutch and German artists, including Cascada, Yvonne Catterfeld, Ch!pz and Sandy Molling, but he now works with US and British artists.His most successful hits to date are “Evacuate the Dancefloor” by Cascada, which reached #1 in the UK and the Netherlands, and Ch!pz’ “1001 Arabian Nights”.

JOZIEN VAN DORST – is a singer and owner of  music school ‘Vocal Academy’ in Holland. She performed on stage for more than 18 years with well known Dutch singers like Angie Stone, Candy Dulfer, Do, Jim Bakkun and Gerard Joling. During this time Jozien gained much experience and became a music teacher. She taught at the POP school in Amsterdam. Since 5 year she owns her own  music school Vocal Academy. On Dutch King’s Day she and her husband will perform and sing contemporary Dutch & English music.

JAYKAY  (aka Filthy Jay)  productions are a mix of electronic and club-thumping party bangers. 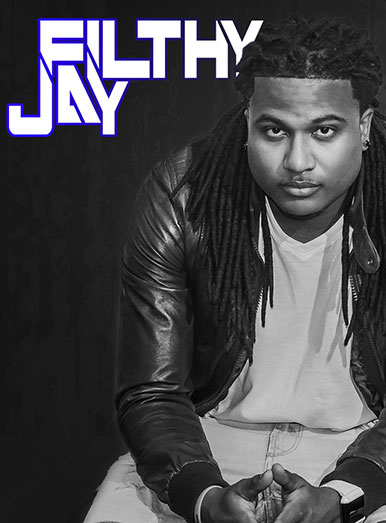 JayKay was born in Barranquilla Colombia but spent the majority of his childhood years between Venezuela and the Netherlands Antilles. When just 18 years old, following his dream to become a famous musician, JayKay moved to The Netherlands. JayKay and his group Just4you won the local “World Music” contest. A few months later JayKay enrolled in the Rotterdam Conservatoire.  However, before he could complete his academic career, JayKay got selected for the world famous talent show IDOLS. With his unique style of singing and uncompromising urban flavor JayKay finished in the Top three! Following his success in the Netherlands, JayKay  again made a big move. This time to the land of opportunities, USA! After living in Miami and San Francisco during his first couple of years, JayKay has now found his “home” in Los Angeles. JayKay has produced, written and collaborated over 170 songs. Working closely together with various American, English, Latin, German, Italian, Spanish, French and Dutch artists and producers. German producer Axel Konrad,  American producer Stephen Singer, Colombian producer German Ortiz just to name a few. His first worldwide single “Princess” was released in the summer of 2010 and it topped numerous charts around the world. In 2011 JayKay released two brand new singles featuring multi platinum recording artists:

“What The Girls Like” Ft Flo Rida & Smokey, “Weekend (Wicked Wow)” Carolina Marquez Vs. JayKay Ft. Lil Wayne & Glasses Malone. 2012 brought many more top records with as highlight the hit single “party encore” ft. Lil Wayne & Rick Ross. JayKay’s great talent and passion for producing gradually led him to his now solo career as DJ/Producer. His “sick” beats are a creative, catchy and memorable mix of Electro, and progressive house with a Caribbean flavor. Having worked on great projects like “Westcoastin” with a.o. Snoop dogg, E40, Skip Saylor, DJ Flash, Ronnie Hudson, Too Short, Celly Cel and Rappin 4Tay has solidified JayKay as a DJ/producer. Coming soon to top ranked clubs and festivals across the US & Europe, this talented, multi faceted superstar is awaiting a promising future!
Note: changes in schedule are possible.